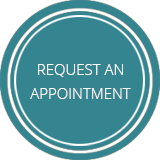 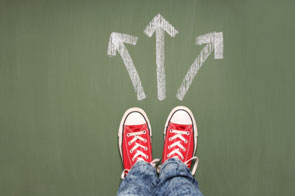 Puberty is defined as the onset of secondary sexual features due to the activation and maturation of the hormone systems and glands related to adult sexual function and fertility. Puberty typically progresses through a series of well defined stages.

Girls typically start breast budding (thelarche) around 10 years 6 months of age and have their first period (menarche) by 12y 6 months. Girls experience their growth spurt early in puberty and only grow 5-6 cm after having their first period.

Girls should develop breast buds by 12 years of age and have their first period by 16 years of age. Boys should show some signs of puberty by 14 years of age.

Other conditions associated with pubertal abnormalities include premature adrenarche and premature thelarche.

Premature adrenarche is the early activation of the adrenal glands production of testosterone. This usually is not active before 8 to 9 years of age. Signs of adrenal testosterone production include the development of adult body odour, acne and pubic and under arm hair. Early activation of the adrenal gland is more common in children born small for gestational age (SGA) and large for gestational age (LGA), also in families with a history of insulin resistance, diabetes or polycystic ovarian syndrome (PCOS).

Premature thelarche is the development or persistence of breast budding from birth or occurring in the first few years of life. This is a common condition but needs to be investigated in some children to exclude more sinister conditions.

A paediatric endocrinologist and diabetologist is a doctor who specializes in the function of the glands and hormones in a child’s body. Some of the major endocrine glands include the pituitary and hypothalamus, the thyroid and parathyroid, adrenal glands, gonads (testes and ovaries) and the pancreas.